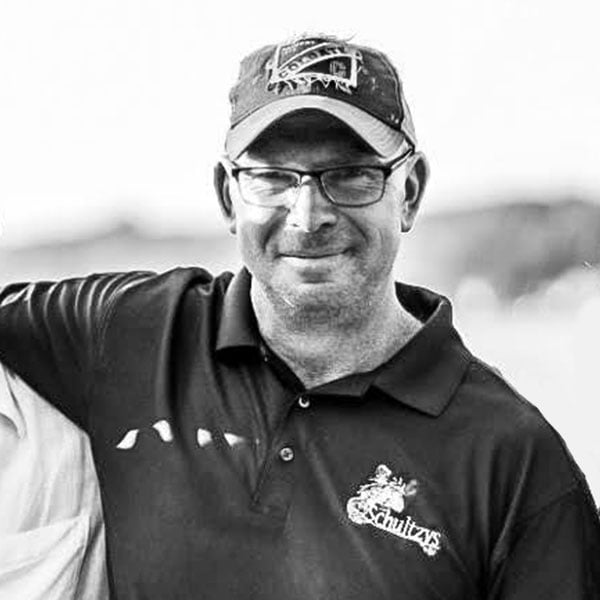 James Schultz was born and raised in Glen Cove, Long Island and moved to Bayville, LI to pursue a shellfishing career in Oyster Bay.

Those familiar with the North Shore of Long Island will know this wasn’t a big geographic move. (Bayville is a neighboring town.) But anyone who has seen the baymen toiling away in the elements will know just how big of a life decision this was.

Jim began his career on the water in 1988, fishing for lobsters and hand-raking clams and oysters. In the 1990s the lobster disappeared from the Long Island Sound, leaving Jim and his fellow baymen to earn a living raking for clams and oysters. Fortunately, as the name entails, Oyster Bay has been an incredible source of sustenance, and provides a living for several year-round shellfishermen.

Today, Jim lives in Bayville with his wife Vicky and their two children, Riley and Cooper. He is a member and past-president of the Baymen’s Association, which seeks to preserve the integrity of the bay and works alongside a number of civic and environmental agencies to provide overall stewardship for the local fishing areas that are so vital to the Long Island community.

In additional to shellfishing, he is a licensed off-premise caterer who specializes in raw bars and clambakes for gatherings of all sizes.

Even though summer is peak season for catering, Jim works throughout the year doing private parties for clients who know that Jim provides the sweetest and freshest seafood possible.

Living in Oyster Bay comes with a great deal of pride. And it should.

After all, it was home to the summer White House under President Theodore Roosevelt. That’s’ right. The Rough Rider president of the United States ran the country from his hilltop home named Sagamore Hill in Oyster Bay every summer, because enjoying the beautiful natural surroundings of his beloved town was too important to give up.

Another local resident who rivals the good Col. Roosevelt in popularity is songwriter and performer Billy Joel. Oyster Bay and other Long Island towns are prominently featured in several of Joel’s biggest hits, and he can still be seen cruising around town on one of his custom-built motorcycles from his shop in town, 20th Century Cycles. Having a Billy encounter is a rite of passage for those of us who live on the North Shore. (One of my favorite Billy moments is featured in my introductory blog post.)

No matter who lives here, the real star of the town is the bay itself. It’s a haven on the North Shore of Long Island for boaters and bathers alike, and home to some of the best shellfishing in the world.

The actual incorporated Town of Oyster Bay stretches from North to South, touching both the Long Island Sound in the North and the Great South Bay—the only town on Long Island to do so. But it’s the bay that gives the town its name and infamy. And it’s the oysters, of course, that gave the bay its name.

Hammond writes that Block built a new ship named the Onrust in 1614, and explored the East River and Long Island Sound. It was probably during this voyage that Oyster Bay received its name. Hammond writes that, "In June 1639, David Pietersz DeVries wrote in his diary that he 'came to anchor in Oyster Bay¦ There are fine oysters here, whence our nation has given it the name Oyster Bay.'

The Dutch and other intrepid explorers likely made it to the North Shore of Long Island prior to the excursions of Block and other, now-immortal historical figures, perhaps as early as the late 15th Century. Every one of these adventurers and later settlers would have found Long Island and the pristine waters surrounding it bursting with shellfish. They would also have found that clams and oysters from the harbor were enjoyed by the indigenous population known as the Matinecock tribe, part of the Algonquin people.

Though the Matinecock tribe would be decimated shortly after the arrival of the settlers, the practice of shellfishing and protecting the harbor continues until this very day. 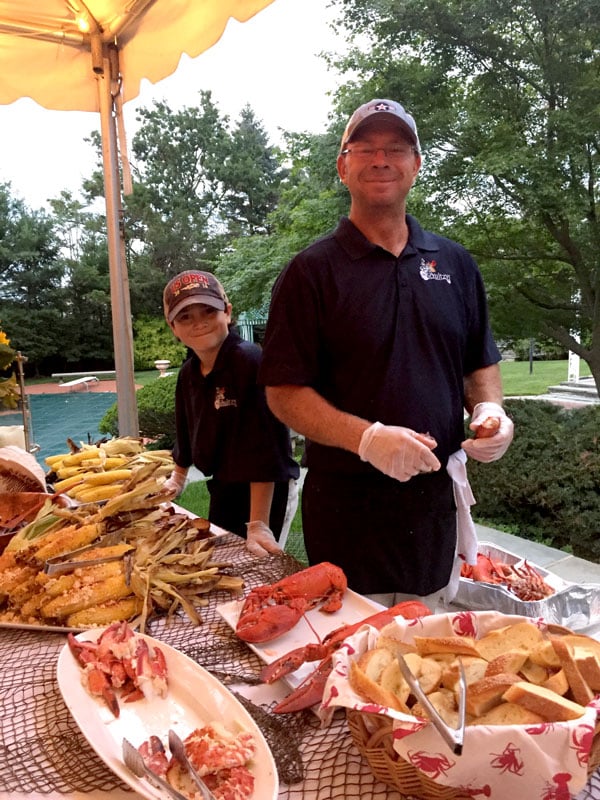 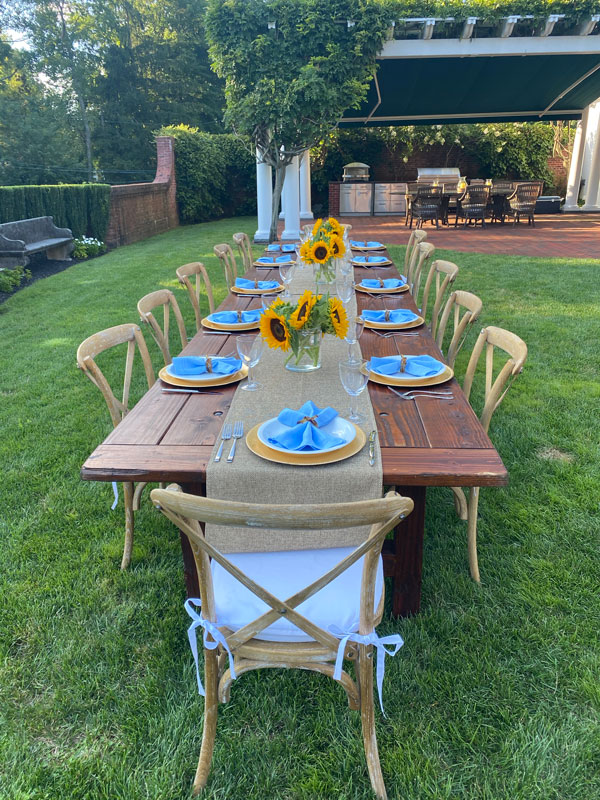 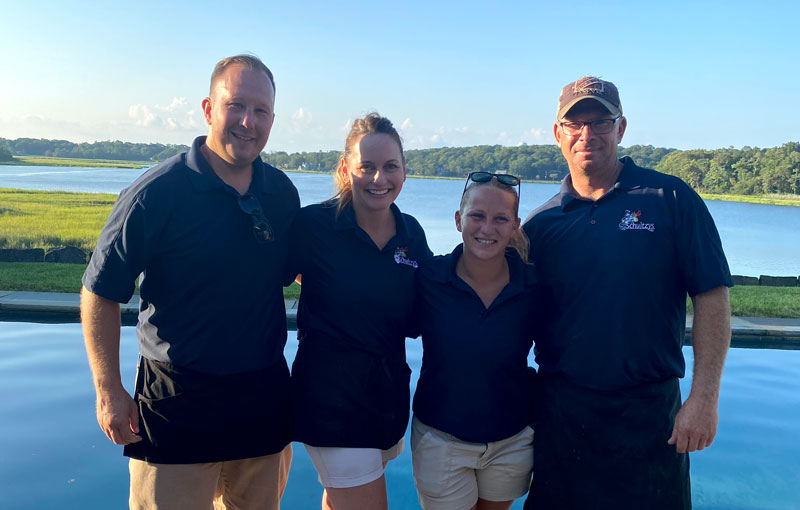 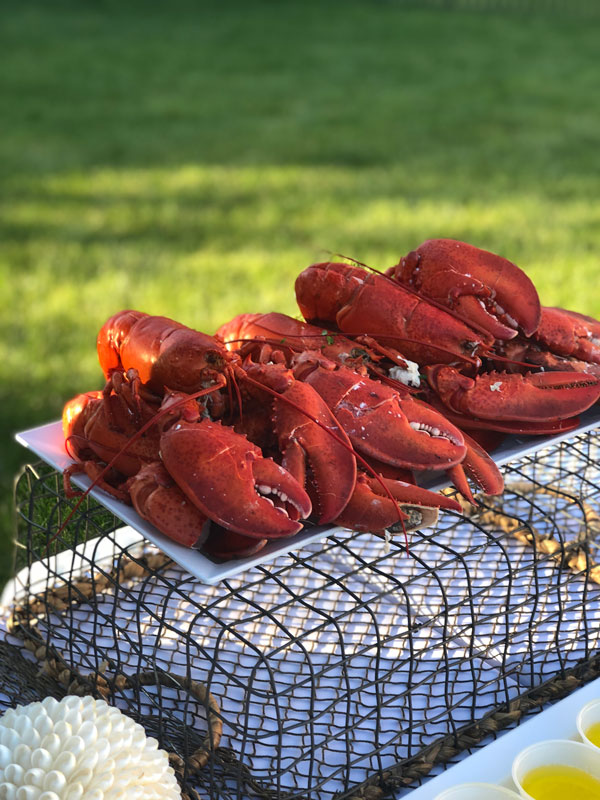 Most of us rarely set aside time to think about where our food comes from.

But our relationship with food is gradually evolving, as more and more people become part of sustainable food initiatives such as the locavore and farm-to-table movements. And while there have been commercial and industrial advancements in shellfishing, the baymen on Long Island maintain their traditional roots of hand-raking the bay harvest.

Hand-raking is important to understand. The process is quite literally what it sounds like: A steel trap is welded to the end of a long pole that is lowered from the side of a small fishing craft to the ocean floor. Then, as the name implies, the shellfisherman rakes the bottom of a productive area in the bay to haul the catch back into the boat. This is then hand separated and counted out, as there are restrictions on the number of bushels each licensed bayman can take in on a particular day.

From catch limits to the delicate (but physically taxing) hand-raking process, every step of shellfishing is intended to disrupt the ocean floor as little as possible to allow for other life to sustain itself. Many people are surprised to learn that the process is still the same as it was for hundreds of years, but it’s one of the things that makes life on the water so romantic and the story of shellfishing so alluring to seafood lovers.

Yet for the baymen, life on the water isn’t always so romantic. It’s hard work that requires incredible dedication, and an understanding of the elements that can change in the blink of an eye. Knowing which spots will be productive and which areas need more time to mature is part of the experience required to be successful on the water.

Moreover, true seafoodies will know that the colder the water, the better the catch. That’s right.

Clams and oysters dug in the autumn and winter are (dare we say) even more delicious than the summer catch. Now think about hand raking the bay waters in the middle of the winter, and you’ll understand why some of the charm is lost in this profession.

Nevertheless, as many baymen will tell you, it’s an honest profession in one of the most picturesque parts of Earth. And on those beautiful summer days when there’s a gentle breeze, the water is still, and the catching is easy, it sure beats sitting on the Long Island Expressway going to an office job.