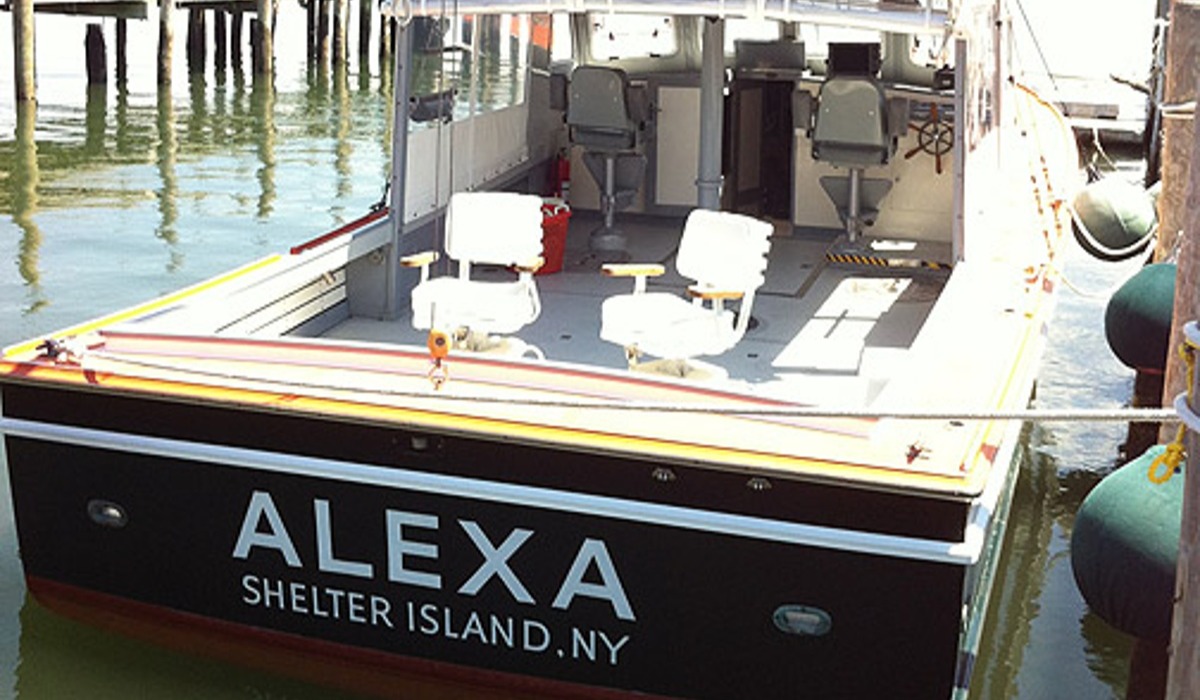 It was one of the first days of the real summer season last year. It was a particularly long winter and a cool spring on the bay, and all of the baymen were itching to stretch out and open it up a bit on the water. For the first time in months I was in shorts, flip flops and a tee shirt, and ready to dig a little further from home base; one of those days that makes you feel good about digging for a living. It almost didn’t matter whether I found a productive spot to fish in for the day. I was just happy to be alive.

After digging near the shore for a while, I cruised through the harbor further out toward the Long Island Sound. I slowly hugged the shore, taking in the beautiful coastline of the island. Just as I was about to crank it up, I noticed a guy at the end of a dock that led to one of those incredible Gold Coast homes you see in magazines. He was whistling and waving me over, so I let off a little and turned to head toward him. As I pulled closer to the dock, I realized that the nondescript guy in a baseball hat gesturing to me was none other than Billy Joel.

The Billy Joel. As in, The Piano Man.

Mind you, this wasn’t the first time I met Billy. The cool thing about this guy is that even though he is one of the most recognizable people on the planet, he’s first and foremost a Long Islander. There’s absolutely no pretense about him whatsoever, and he treats everyone he meets the same. Aside from his obvious musical talent, the people around here know him as a dedicated fisherman and motorcycle enthusiast. I would venture to say that if you asked him, even he would say he considers himself more of a biker and a fisherman than a musician.

In 2010 when he opened his bike shop, 20th Century Cycles, it was (of course) right in the heart of downtown Oyster Bay. Vicky and I catered the party, because someone told him I had a killer raw bar and that I was a local guy.

That’s the Billy Joel we know around here.

So when he waved me over, I instinctively knew he was looking to jawbone about shellfish for a while. Sure enough, we got to talking about the catch this year and what was happening on the water. I had a few clams from the morning in the boat, so we broke them open and enjoyed a few of Oyster Bay’s treasures, skipping the empty shells along the surface of the water. After a half-an-hour of trading fishing stories, we shook hands and I was back on my way out to the "office."

See you on the water. Call me later.