Beyond the Raw Bar

Jimmy Schultz has been digging and shucking fresh clams and oysters from Long Island waters his entire life, and can bring his unforgettable raw bar to your home! 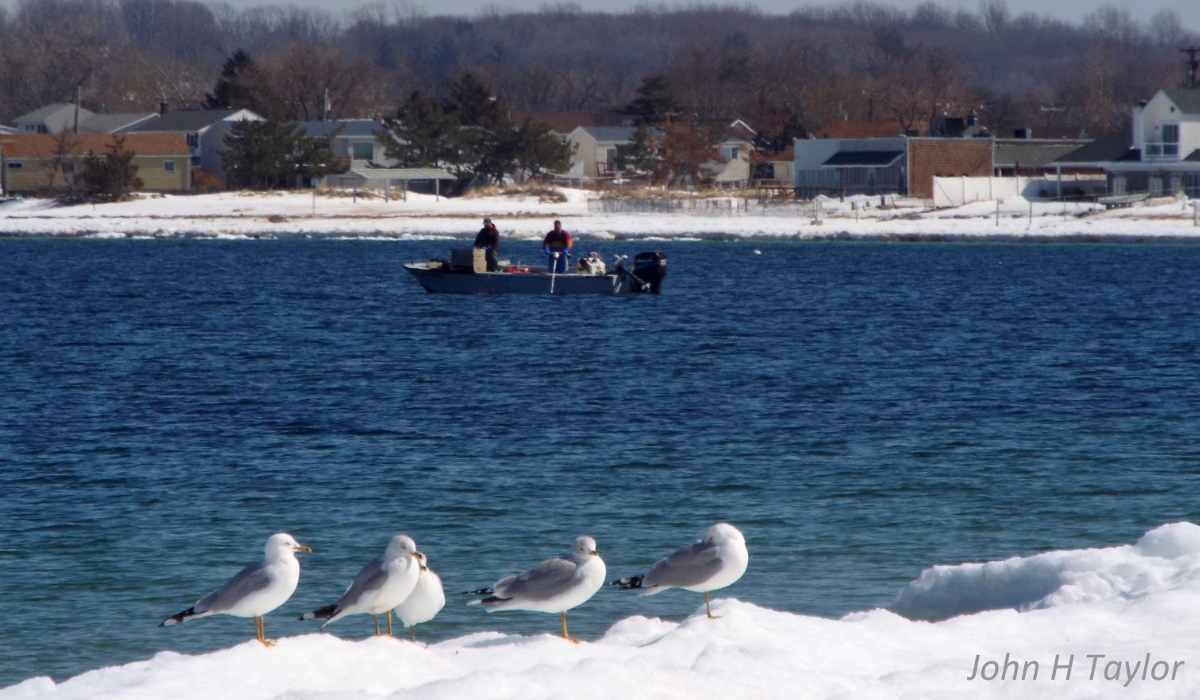 The concept seemed simple enough. Rolling out a raw bar at an event, school occasions, local festivals, and family parties—with fresh clams and oysters—was kind of a no-brainer. People knew me as "Jimmy Clams," a local fisherman who had access to nature’s bounty under the sea and could shuck as fast as I could talk. Every time I catered one event, someone would ask me to do another. As much as I would like to think it was my charming personality that made people light up, there’s no doubt it was the fresh product and incredible sauces my wife Vicky concocted for each function.

It was an easy way to make people happy. And I didn’t think much about it for years. After every party, I would leave with a pocketful of numbers from people who wanted a raw bar at some event in the future. The next morning, I’d wake up at the crack of dawn and be back at it again, digging in the harbor as a means to exist and pay the bills.

Eventually, the requests were too numerous to ignore and my wife finally pressed me to pursue an off-premise catering license. The rest, as they say, is history. Today, I spend as much time in the kitchen preparing for events as I do on the water. I don’t think I’ll ever leave the water, mind you, as it’s too much a part of me. But this body isn’t getting any younger, and I sure appreciate cold winter days standing in front of an open flame instead of breaking ice with my boat.

I’ve been on the water virtually my entire life. As kids, my friends and I would ride our bikes down to Morgan Island, Peacock Point, or just down the way a bit to Prybil Beach, and spend hours digging clams with our hands and feet. Most of us had paper routes back then, so our bikes were outfitted with milk crates that we’d tied to the handlebars. When the papers were gone, we were on our way to the beach to fill the crate with clams, oysters, and the occasional fish, if we were feeling especially motivated. I still wonder if the papers our crew delivered carried the faint smell of the ocean.

Sometimes we’d shuck a few right then and there, and sit around for hours telling jokes and pulling pranks on each other. Other times we were all business, rushing to get home as quickly as possible because the neighborhood was preparing a feast. We would ride home with full baskets of mealtime currency, which isn’t as easy as it sounds when you’re simultaneously balancing a fishing pole and tackle box.

“A bushel of clams here, a bag of oysters there, and before you knew it you had freshly baked bread, vegetables with dirt still on the roots, and more fruit than you could eat in a year…”

Indeed, there was an underground culinary economy in the neighborhood. Some of the older folks in Glen Cove were first-generation immigrants who had gardens that would make your eyes pop and mouths water. All over the neighborhood, basement doors would burst open (that’s where most kitchens were in Glen Cove) at the sound of our whoops and hollers, like the opening bell of a trading exchange.

The transactions were fast and furious: A bushel of clams here, a bag of oysters there, and before you knew it, you had freshly baked bread, dirt-stained vegetables still on the roots, and more fruit than you could eat in a year. Our parents would fake disapproving looks when we finally returned home like pirates who have been at sea for months. They would cock their heads and point to imaginary watches on their wrists as if to say, "You should have been home hours ago!" Of course, this phony pantomime would quickly fade as they gathered up our booty and got busy making a feast that could easily feed all of Glen Cove, and probably Sea Cliff, as well.

Growing Older (Not Up)

Looking back, it’s hard to even imagine growing up in this way. We were utterly fascinated by the idea of exploring the island’s considerable treasures, and completely attached to nature and our surroundings. Only rumbling stomachs and a setting sun could possibly interrupt our play time and remind us that we actually had homes and people who were probably waiting for us. There isn’t a video game, television show, movie, or other digital distraction today that will ever compare to the feeling of a great Long Island summer day.

Measured purely in distance, I guess I didn’t make it all that far. After all these years, I’m still digging for clams and oysters in the same waters I spent most of my youth. In every other way, I’ve come a long way from those lazy days on the beach and hanging with my friends, without a care in the world. There is one other thing that remains the same, I suppose. There’s nothing more beautiful than an inspired meal with fresh ingredients and a group of people bonding over food.

To think I make a living today from my fondest childhood memory is a little surreal, to be honest. Sure, the stakes are a little higher when you’re putting on an outdoor Hamptons wedding for 200 people, or catering a seven-course meal for a small group of high-profile Wall Street executives in someone’s home. But the feeling it evokes is the same from 35 years ago. And, for the record, Vicky’s secret sauces are still killing it on the raw bar.